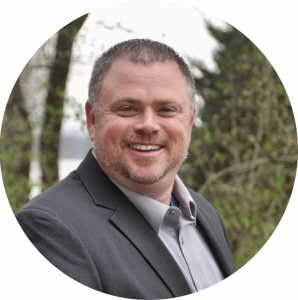 Reggie is the son of a retired coal miner and a retired schoolteacher. He grew up in the mountainous coal fields of southwest Virginia. He attended East Tennessee State University where he earned both undergraduate and graduate degrees in computer science. He was selected by the ETSU faculty as the 2004 Outstanding Graduate Student.

Reggie has worked in computing since 1997. He has worked in various specialties including hardware, system administration, software development, networking, customer relationship management, enterprise resource planning, virtualization, diskless technology, cyber-security and business analysis. His diverse skill set means he can build a computer from scratch or develop custom upgrades to an enterprise software system.

Reggie’s interests are wide and varied. He is a Tennessee Volunteers sports fan, a LEGO collector and builder, a weather enthusiast, a cooking enthusiast, and a passionate mariner. He holds a United States Coast Guard Master Merchant Mariner (Captain’s) License meaning he can captain commercial vessels on the inland river system and the Great Lakes.

Reggie and his wife Angie reside in West Knoxville with their two rescue dogs Corri and Calli. Reggie, Angie, and their four-legged-pals enjoy camping in their RV and escaping to the ocean when time permits.