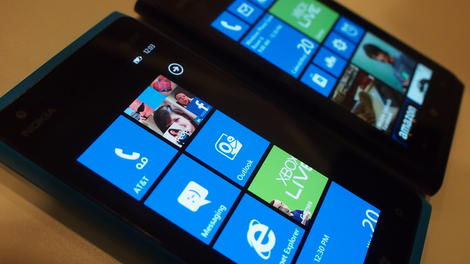 Before we get our teeth in Windows Phone 9 we need to visit the rumors surrounding version 8.5. It’s been confused with the ninth iteration of the platform before, and it’s important to make a distinction between the two.

It looks like there might be such a thing as Windows Phone 8.5 in the works, but details are slim on the ground. All that’s really known so far is that there will seemingly be some potentially quite substantial changes to the Start screen interface in Windows Phone 8.5, but there’s no word yet on what form those changes may take.

It’s also worth noting that while we list this as a Windows Phone 8.5 feature it’s entirely possible that it may end up in Windows Phone 9.

Back on the WP9 trail, and initial rumors suggested that the Windows Phone 9 release date would be sometime in 2013, with reports claiming it would arrive just in time for Christmas, but as you might have noticed, Christmas has been and gone and we’re now in a Windows Phone 9-less 2014.

That seems more likely and not only because it wouldn’t require time travel to be true. Supporting that are comments from Russian blogger Eldar Murtazin, who posted to Twitter that Windows Phone 9 will launch in the second half of the year. He correctly predicted Microsoft’s acquisition of Nokia, so he could be worth listening to.

Sadly the most recent rumors suggest we won’t be seeing Windows Phone 9 until sometime next year. A leaked document mentions dates of between Q2 and Q3, which covers April-September 2015 and that’s just for a preview build, so the final release might be even later.

One suggestion is that the upgrade will see Windows 8 merged with Windows Phone in an attempt to tackle Google’s Android/Chrome combination which is growing ever stronger.

Eldar Murtazin has something to say on this subject too, tweeting that Windows Phone 9 will be the same on phones and tablets, replacing Windows RT, though he made no mention of Windows 8, so presumably that will still be separate.

We keep seeing mentions of it as Windows Phone 9, everywhere from LinkedIn profiles to leaked documents, so it looks like it will keep the ‘phone’ bit in the name at any rate.

That would make sense if Microsoft plans on using the same interface for both phones and tablets. It also ties into the rumors about Windows Phone 8.5 seeing some Start screen changes. Murtazin went on to say that the interface would be more influenced by Android than iOS.