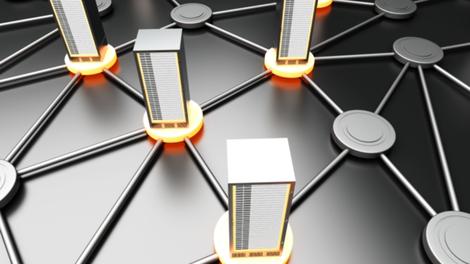 Virtual Desktop Infrastructure (VDI) has had a slow start over the past few years. Many enterprises tried and failed to implement VDI or didn’t see the utility, cost savings or productivity they hoped for. Problems with latency issues and performance proved major setbacks.

However, as cloud technologies improve, customers are giving hosted desktops a second look, but this time turning to third-party hosted desktop service providers to help them access their documents, apps, and programs virtually, from any device, anytime, anywhere via the cloud.

Even several industry giants have jumped on the Desktop as a Service (DaaS) bandwagon due to a growing demand for cloud services. These new efforts and significant investments in research and development are heating up the DaaS market.

dinCloud is a cloud service provider that helps organizations migrate to the cloud through the hosting of servers, desktops, storage, and other cloud services via its channel base of VARs and MSPs. The company’s DaaS offerings are subscription-based and tailored to fit a range of business models resulting in reduced cost, enhanced security, control, and productivity.

TechRadar Pro: Tell us a little bit about dinCloud – what do you do?

Mike Chase: dinCloud is a cloud service provider and transformation company that helps businesses and organizations rapidly migrate to the cloud through the hosting of servers, desktops, storage, and other cloud services via its strong channel base of VARs and MSPs.

We are distributed by Ingram Micro and Arrow distribution, while resold by CDW, Insight Enterprises, En Pointe Technologies and other VARs nationally and worldwide.

TRP: Can you explain the difference between VDI and DaaS?

MC: DaaS is a highly optimized hardware infrastructure, which exploits a superior software solution for virtual desktops at a cost model unattainable by enterprise customers.

As such, VDI is often a novelty or augmentation in an enterprise environment and rarely a full windows desktop replacement. In contrast, I can walk into numerous clients and see an entire floor of 300 or more dinCloud hosted virtual desktops in use as the sole platform.

TRP: Do you think VDI had a slow start?

MC: VDI had a lot of hype and huge start (VMware had 20,000 POCs running at the peak of the hype), but it never ultimately got off the ground because it couldn’t deliver. Many of the technologies which create the perfect Desktop as a Service (DAAS) solution aren’t even available to, or on the radar of, most enterprise architects.

Cloud architects tend to pioneer their own solutions, which don’t make it to the open market. Nonetheless, as customers became cloud-wise instead of cloud-wary, the need for a tenable virtual desktop solution grew, since it’s hard if not impossible to divorce desktops from servers and other resources which commonly form symbiotic environments.

So, as the servers moved en-masse to the cloud, virtual desktops (DAAS) became ripe in late 2013/early 2014 such that even the largest cloud infrastructure providers like Amazon announced they were diving into this (virtual desktops) market.

TRP: There have been new efforts and significant investments in research and in the DaaS market – can you talk about some of these?

MC: I think storage is the most significant revolution in DAAS. All clouds now run hybrid (SSD/SAS/SATA) hyper-scalable object oriented storage with erasure coding. This reduced the cost of storage for most cloud providers from around 24.6 cents to 4.6 cents, per GB, per month when compared to traditional enterprise storage vendors like NetApp, EMC, HP, Hitachi and others.

It also increased the number of live copies from 2 to 3, added encryption, and eliminated RAID entirely. Eliminating RAID as the key underlying data protection mechanism was a quantum leap forward because it exponentially reduced the chance of data loss on highly scalable multi-petabyte/Exabyte systems.

For example, with RAID6+2, you can lose two hard drives maximum before ALL data is lost. A failed 1TB hard disk once replaced could take 2-4 days to rebuild in the system. During this time you are vulnerable to additional disk losses. In object storage, that 1TB drive is rebuilt in 20 minutes!

Also, I foresee a future that finally defies physics (our ability to move data beyond the speed of light over glass) by using object storage to create copies of everything we store worldwide so that no matter where we travel to, we are always accessing the local copy of our servers, desktops, files and more.
How does DaaS pick up where VDI failed?

DAAS combines hardware, software, security, and a cost model that is undeniable. This is why even the largest distributors and VARs team up with cloud service providers like dinCloud vs. building their own. Cloud-wise customers are encouraged to do the same. DAAS in a day is better than VDI in never-never land.

TRP: Why do you think there has been a growing demand for cloud services?

MC: It’s the only place to get the latest technologies at the lowest prices. Much of what is being invented and pioneered is either being done by the cloud internally or by vendors who are increasingly cloud-centric themselves. As such, cloud has killed the enterprise – only the enterprise’s most loyal remain.

TRP: What’s your prediction for the DaaS industry in 2014?

MC: Because of the prior hype and angst over VDI, 2014 will see DAAS become the dominant player simply because you can’t divorce your desktops from servers that have already made the jump to the cloud.

2016 and beyond will be about cloning those virtual environments so that they can existing in multiple geographic datacenters worldwide in real-time so that the most local copy may be used from anywhere. Fortunately, the technologies required to make this nirvana happen are now in existence; they are maturing rapidly so I expect to see them in 2016/2017 as common best practices.